This was a character design I did a little while ago for spiderbat87, a comicvine.com user, for his fan fiction story. 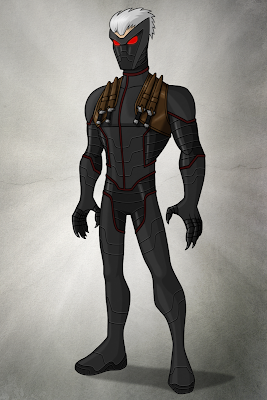 His brief was:
"My fan-fic is about a antihero, his name will ether be Dire Wolf, Grey Wolf or just The Wolf. He was lost in the wilderness of eastern Europe as a baby and was raised by a pack of Wolves. He has no superpowers but he is peak human and has animal agility and senses from being raised in the wild.
Dont make him to animalistic like say Wolverine or Sabertooth, I want him more like Catman or Black Panther who he is based on. Make his costume a dark greyish colour and also make him have claws and carrying some type of daggers."